This web site uses cookies to deliver its users personalized dynamic content. You are hereby informed that cookies are necessary for the web site's functioning and that by continuing to use this web sites, cookies will be used in cooperation with your Web browser.
I agree

MINEL is the place of the research and development in the field of
electron devices, semiconductor technology, modeling and simulations of
novel semiconductor structures and integrated circuit design. 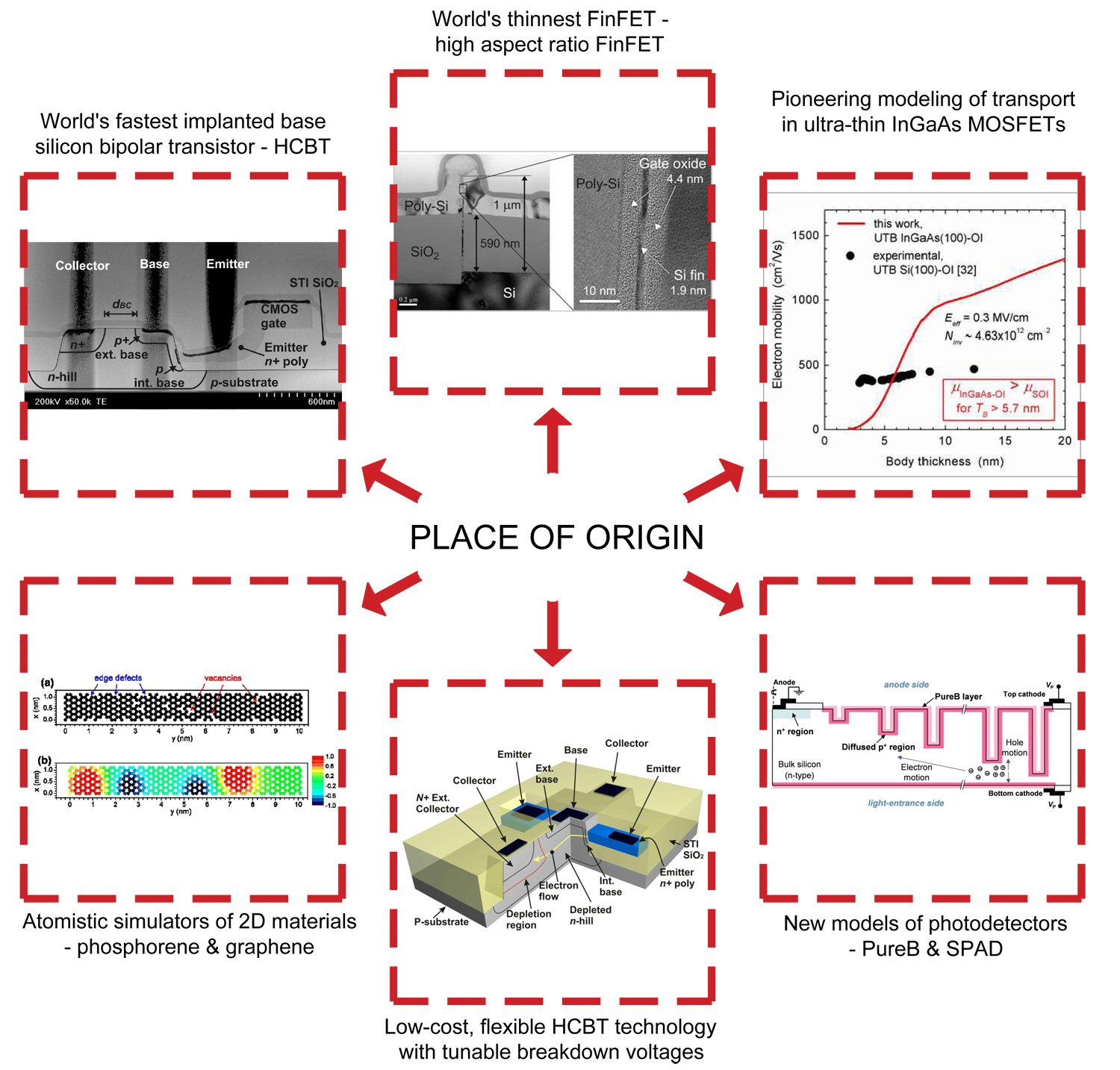 The members of the research group have invented, developed and demonstrated a novel bipolar transistor named Horizontal Current Bipolar Transistor (HCBT) which is based on a new concept of silicon bipolar transistor technology.  So far, HCBT technology is developed at transistor level reaching state-of-the-art characteristics as confirmed by the publications in the leading journals and conferences in the field, whereas the different version of HCBT structure is protected by patents.

The research is focused on different photodetector structires such as avalanche photodiodes, drift detectors, array detectors...The special strees is set on photodetectrors with an active PureB layer. Ultrashallow junction is formed which enables high sensitivity even to weak radiation.

The dimensions of today's transistors are well below 20 nm meaning that quantum effects begin to significantly affect their properties. This research group has dealt with theoretical analysis of the properties of ultra-scaled transistors and developed semiclassical transport models in low-dimensional MOS structures in Si, InGaAs and Ge as well as atomistic transport models in graphene.

The work is oriented towards the development of sophisticated structures such as FinFET devices whose body thickness is 1.9 nm and height 500 nm. Also, the members have been developing Silicon-On-Nothing technology, MOSFET devices and bipolar junction transistors with high breakdown voltage.

The memberse of this group have designed and developed integrated circuits based on standard CMOS technology and state of the art devices (HCBT), as programmable gain amplifiers, frequency mixer, emitter-coupled logic..